It’s been a wild-ride for baseball bats over the past 10 years. We have seen rule changes, bat bans, and the rise of many of the game’s most notable brands. It’s been a fun decade, but now we need to determine the Best Bats of the 2010’s. We have hand-selected models throughout the decade, while trying to represent most of the years as well. So with that in mind, here are the Best Bats of the Decade.

The first selection on our list carried the torch for BBCOR bats after the 2012 rule change. The Prototype AIR featured an Advanced Tempered Ballistic Alloy that delivered jaw-dropping, gotta-have-it, results.

Rawlings release of the VELO in 2016 was not met with a lot of initial buzz. However, word soon got out about the explosive-nature of this one-piece aluminum monster. Next thing we knew, everyone had to have the VELO.

We could have selected most any of the Louisville Slugger Prime models over the past few years, but the 918 just edged out the others. Beautifully blending performance with comfort, the Prime 918 was the “must-have” bat in 2017-18.

Any movie director will tell you how hard it is to make the sequel to a blockbuster hit. But that is exactly what Marucci was able to do back in 2015, following the historic release of the Cat 5. The Cat 6 launched Marucci’s innovative vibration-dampening technology to smooth out the feel on contact of this one-piece alloy model.

The Mako Beast was the ultimate combination of barrel length and bat speed in 2017. The barrel was 1.5” longer than the legendary Easton Mako (that you might see later on.) It was simply, a monster.

This is the lone bat on the list with the opportunity to still move either up or down. Released in 2019, the second-version of Louisville Slugger’s META has a world-class barrel with the blend of both stiffness and comfort.

The top Easton bat on this list was a game-changer. This was one of the first BBCOR models to challenge the standard and push the limits of performance. Once broken-in, you did not want to be an opposing pitcher when someone stepped into the box toting this behemoth.

Louisville Slugger set out to change the game back in 2011 when they launched this Omaha. Powered by an unmatched aluminum metal, the sound and feel on contact was quite possibly the pinnacle of metal bats. If you ever have a chance to swing this bat, you’ll understand. 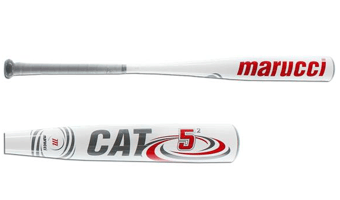 Bursting onto the scene back in 2011, the Marucci Cat 5 model became “must-see” baseball. The reason the Cat 5 is higher than the Cat 6 is because Marucci skirted the lines of performance to the point where some sizes actually became outlawed. As a result, they throttled back on the Cat 6’s performance ever so slightly. 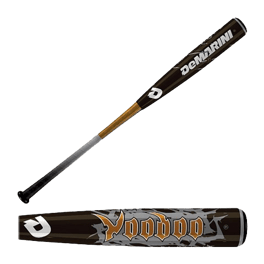 There is nothing quite like a good’ol BESR bat. They would launch nonchalant 400+’ HRs on a regular basis. This particular Voodoo Black is still regarded as one of the hottest baseball bats of all-time.

So there is it is. Those are our Best Bats of the Decade. Now we want to hear from you. Did we leave off one of your favorites? Are any of these bats too high or too low? Let us know in the comment section below!